Reece and Shaan accepting their award for Maximising Economic Recovery 2018 at Tuesday’s STEM in the Pipeline Presentation Day at BP Headquarters, Aberdeen.
Reece, Shaan, Tom and Ross from S6 in Team NESO competed using their physics, maths, chemistry and geology skills to solve a difficult oilfield problem.
A total of 12 teams from across the north-east took part in the annual competition, run by TechFest.
Representatives from BP, Chevron, E.On Exploration and Production, ConocoPhillips and Senergy also took part, offering guidance and support to the teams.
They were challenged to produce a field development plan for a fictional oilfield, which involved considering design, safety and the calculation of CO2 emissions.
Each group submitted a report to TechFest, and at the final event at BP’s headquarters in Dyce, the teams made a presentation and were then quizzed by Industry professionals.
Well Done boys 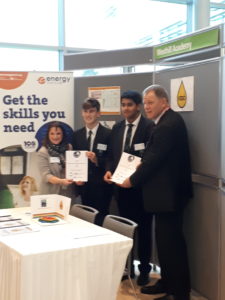 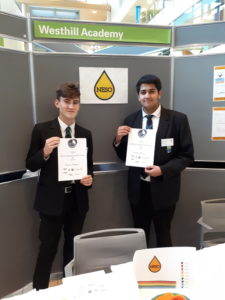 Other award winners were Robert  (Bronze ) and Manav  (bronze)

All 4 pupils have done exceptionally well to reach that standard. 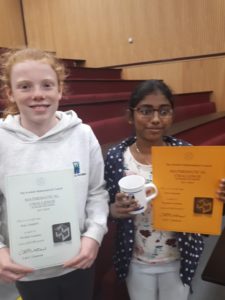 The following pupils won awards in this years competition, with Calum Lorimer qualifying for the next round as well.

Well done to all! 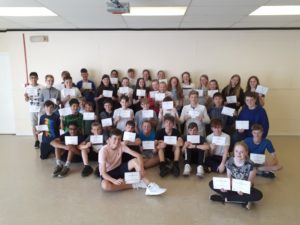 NASA in Aberdeen – “To Mars and Beyond”

NASA Space “Discovery” and the use of Robotics in exploring Mars and beyond. Inspiring the Next Generation in Science, Technology, Engineering and Maths (STEM).

This schools talk, aimed at S2-S6 secondary school pupils, is an excellent opportunity to hear from NASA scientists and astronauts about careers that are quite literally out of this world!

Please note that this is a different talk to 2017.

Each school is invited to nominate a maximum of 45 pupils with appropriate staff ratios. Additional spaces may become available depending on demand. There is no cost for this event.
If interested – Please give your name to Mrs Campbell by 23/2/18

For those interested in being part of the Team, have a go at the practise material and see what you think.

We will be selecting a Team on Wednesday 7th February 2018 – Mrs Campbell, Principal Teacher Mathematics.

During the week of 12th-16th September, the department provided a range of activities as part of Maths Week Scotland.  There was a Factris tournament for the pupils; several classes took part in the Maths Wi Nae Borders competition; classes in S1-3 participated in the national Sumdog competition, and parents attended two very successful numeracy engagement sessions. 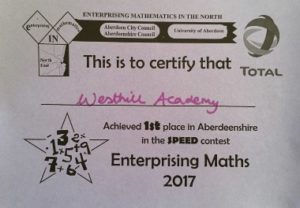 MyMaths and Sumdog are used widely with pupils in BGE;

Microsoft Teams is used to communicate with senior phase classes,

and all year groups make extensive use of Glow.

The Maths department Twitter feed can be found at @MathsDeptWA.

1M1 enjoyed two lessons conducted in conjunction with the Languages department, in which they investigated the history, culture and mathematics of the Alhambra Palace in Granada. 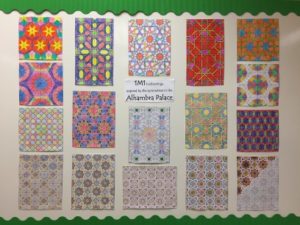 As it progresses, you’ll find the latest scores on the leaderboards:

In case it’s useful, we’ve got some helpful support pages showing you how to play:

We hope you all enjoy the contest and:- Best of luck to Westhill Academy. 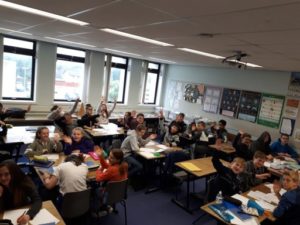 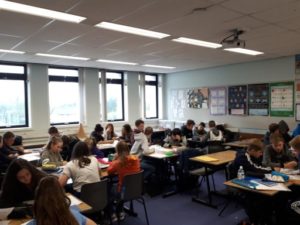