The final fund-raising event of the school year was to raise money for the Scottish Cardio-Pulmonary Unit (Heart Failure Ward) at The Golden Jublilee Hospital in Clydebank.  This collection was in memory of Susan Reid – a former Physics Teacher at Westhill Academy – who tragically died in December last year while waiting for a heart and lung transplant.  Pupils were encouraged to “wear red” and donate.  The staff also held a “Coffee Morning” with all donations going to the cause.

The amazing sum of £703 was raised and will be donated to the Heart Failure Ward in line with the wishes of Susan’s family.  In addition a Science Award is to be established in her memory.

The Charity Group would like to express our thanks to all pupils, parents and staff who have contributed so generously to all our Charity events during this year. 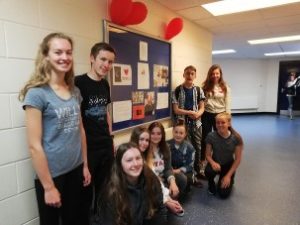 Last Friday (November 10) the Rotary Club came to collect the shoe-boxes we have been filling for Eastern Europe.  The response to our appeal exceeded our expectations!  We filled more than double the amount of boxes we had anticipated (68 boxes) eventually running out of boxes!  However the Rotary did uplift all our additional donations and plan to pack them in boxes before they are transported abroad. 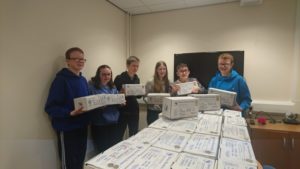 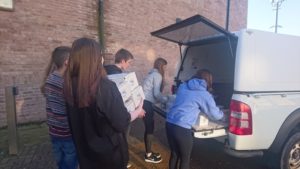 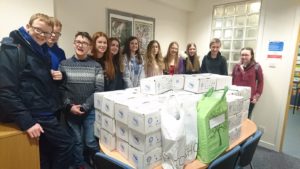 The Charity Club would like to thank all pupils, parents and staff for their generosity in allowing us to fill so many boxes to help this worthwhile cause.

Our next venture is to help those closer to home as we are organising a collection for the local foodbank at Westhill Community Church – more details to follow in the next couple of weeks.